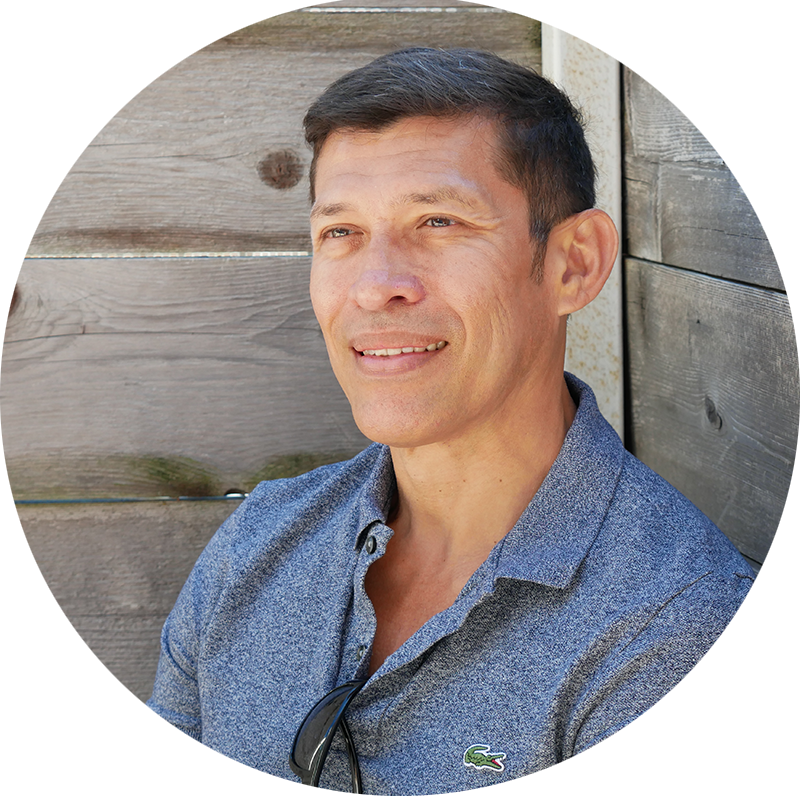 In the fall of 2017 Geovani Bonilla took what he thought was going to be a temporary consulting job for IU Health. Living in Washington D.C. at the time, Geovani owned a hospice management company, but he traveled back and forth from D.C. to Indianapolis.

He did his job well. With an extensive background in establishing service and provider networks, IU Health was happy with his work. So happy, they offered him a permanent position as Vice President, Medical Operations IU Health Plans. Not only is IU Health Plans the beneficiary of Geovani’s decision to move to Indy, but so is Damien Center.

Soon after, he became a donor and joined the committee of Grande Masquerade, Damien Center’s largest fundraiser. “I have a lot of experiences with fundraisers,” says Geovani. “Back in the 1980’s, when I lived in Miami, everyone was fundraising through events.” He laughs as he recalls when $35,000 was considered a big event budget. He worked on fundraisers for the Arthur Ashe Foundation, and events at swanky hotspots in Miami. He recalls one event where he was not familiar with the people on the V.I.P. list, and Niki Taylor came in. “Name please?” he asked. “Don’t you know who I am?” replied the supermodel. “Should I?” he asked, laughing now as he retells the story.

But that speaks to the event experience he’s acquired, and how the nuances of an event—like ensuring volunteers know who the VIPs are—can make an event go from a good fundraiser to a great one.

Geovani, who was born in Honduras but spent his youth in Newburgh, NY and Miami, originally didn’t plan for a career in healthcare. He thought he was going to be CPA, “I was even a member of Future Business Leaders of America in high school!” he laughs. But some work he did in a health setting with a chaplain and a nurse in Miami, as well as an experience a friend of his had, pointed him to hospice. “End of life care became attractive to me when I had a friend who died of breast cancer. Her end of life experience was horrible.”

Combine that with work he did with AIDS patients in the 1980s, and life began laying the groundwork for causes that he would lend his passion to later. “There was no infrastructure for AIDS in the 80’s,” he says. “We had to create it. At Damien, the infrastructure is incredible. The care coordination is done well. Some care is reimbursable, some non-reimbursable but it’s all in one place. There are a lot of community based services offered too, like the food pantry. How can you cook a healthy meal when you only have $5? You bundle that all together, and it’s nice to see Damien Center be a model for the evolution of AIDS care.”

Geovani laughs easily, but his expertise in AIDS awareness, healthcare and hospice combine to bring out his serious side. “The challenge for Damien is the perception of “That’s for the indigent.’ Instead of seeing it as a primary care facility. It’s interesting in that people don’t want to say, ‘This is where I get my health care’. Clients still feel as if they will be judged. There is still stigma.”

When asked what he would say to a prospective donor, he offered this: “Look what’s happening today. Our state’s population is 7 million. But we have bad health outcomes. 18% of Hoosiers regularly go hungry. When we look at the social determinants for health—lifestyle, access to medical care—donations impact the whole person. Your dollar is going to have the biggest impact on the whole person at a place like Damien Center.”