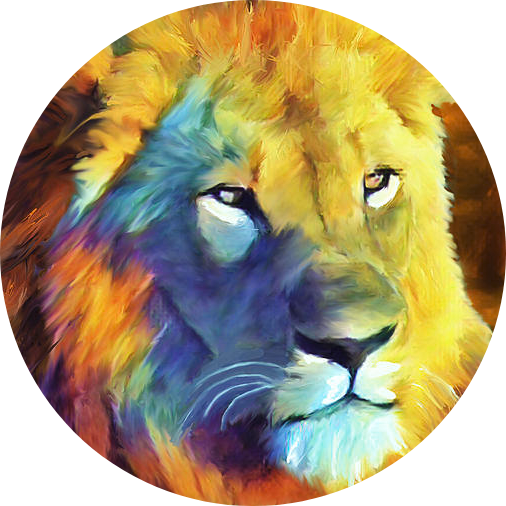 INDIANAPOLIS – The talented cast and crew of Disney’s THE LION KING will host THE LION SINGS TONIGHT – a cabaret-style show featuring a generous mix of Broadway standards, Jazz, Pop and R&B numbers, as well as dance, spoken word and comedy. This very special one-time event will be held on Monday, September 24 at The Cabaret, 924 N. Pennsylvania Street, Indianapolis, IN at 7:00PM. Tickets are on sale for $75 for VIP Seating and After Party with the cast and $27 General Admission. Audience members will enjoy over 12 performances, including dancing, burlesque, song and spoken word performance by the incredibly talented cast of Disney’s THE LION KING. In addition, they’ll also have an opportunity to win a variety of door prizes, including props from the actual performance of Disney’s The Lion King

All proceeds will benefit The Damien Center and Broadway Cares/Equity Fights AIDS (BC/EFA).

BROADWAY CARES EQUITY FIGHTS AIDS (BCEFA) is one of the nation’s leading industry-based, nonprofit AIDS fundraising and grant-making organizations. By drawing upon the talents, resources and generosity of the American theatre community, since 1988 Broadway Cares/Equity Fights AIDS has raised more than $285 million for essential services for people with HIV/AIDS and other critical illnesses in all 50 states, Puerto Rico and Washington DC. Broadway Cares/Equity Fights AIDS is the major supporter of essential social service programs at The Actors Fund, including the HIV/AIDS Initiative, the Phyllis Newman Women’s Health Initiative and the Al Hirschfeld Free Health Clinic. We also award annual grants to more than 450 AIDS and family service organizations nationwide

As the largest ASO in the state of Indiana, The Damien Center provides services to maore than 25% of all individuals living with HIV in the state. By making their wide variety of programs and services available in house, they utilize a one-stop-shop approach to caring for those affected by HIV and preventing its spread. They work to reduce the amount of HIV and increase the amount of healthy, immune-boosting cells in their patients’ bodies, improving the health of clients and our community.

Tickets for THE LION SINGS TONIGHT are currently on sale for $75 VIP and $27 General Admission each and may be purchased in advance at www.thecabaret.org/shows/lion-sings. Tickets may also be purchased at the door, pending availability. VIP Seating with After Party with The Cast are $75 and General Admission is $27. This one night only performance will be held at The Cabaret 924 N. Pennsylvania Street. Curtain is at 7:00PM

ABOUT DISNEY’S THE LION KING

Disney’s THE LION KING will leap onto the Old National Centre stage on September 12 for a limited, three-week engagement through September 29.

Tickets will be available at Ticketmaster.com/LionKingIndy. Tickets are also available in-person at Clowes Memorial Hall and Old National Centre Ticket Office, or by phone at 1-800-982-2787. VIP Ticket Packages, which include a prime seat location, a commemorative souvenir program and an exclusive merchandise item, are also available. Groups of 10 or more may reserve seating by calling 317-632-5183.

Ticket buyers are reminded that the outlets listed above are the only official retail ticket outlets for all performances. Ticket buyers who purchase tickets from a ticket broker or any third party should be aware that Broadway in Indianapolis is unable to reprint or replace lost or stolen tickets and is unable to contact patrons with information regarding time changes or other pertinent updates regarding the performance.

After 20 landmark years on Broadway, THE LION KING continues ascendant as one of the most popular stage musicals in the world. Since its premiere on November 13, 1997, 25 global productions have been seen by more than 95 million people. Produced by Disney Theatrical Productions (under the direction of Thomas Schumacher), THE LION KING is the only show in history to generate six productions worldwide running 15 or more years. Performed in eight different languages (Japanese, German, Korean, French, Dutch, Spanish, Mandarin and Portuguese), productions of THE LION KING can currently be seen on Broadway; London's West End; Hamburg; Tokyo; Madrid; Scheveningen, Holland; Manila, Philippines; and on tour across North America, for a total of nine productions running concurrently across the globe.

Having played over 100 cities in 20 countries on every continent except Antarctica, THE LION KING’s worldwide gross exceeds that of any film, Broadway show or other entertainment title in box office history.

The show’s director, costume designer and mask co-designer Julie Taymor continues to play an integral part in the show’s ongoing success. The first woman to win a Tony Award for Direction of a Musical, Taymor has in recent years supervised new productions of the show around the world.

The Broadway score features Elton John and Tim Rice’s music from The Lion King animated film along with three new songs by John and Rice; additional musical material by South African Lebo M, Mark Mancina, Jay Rifkin, Julie Taymor and Hans Zimmer; and music from "Rhythm of the Pride Lands," an album inspired by the original music in the film, written by Lebo M, Mark Mancina and Hans Zimmer. The resulting sound of THE LION KING is a fusion of Western popular music and the distinctive sounds and rhythms of Africa, ranging from the Academy Award®-winning song “Can You Feel the Love Tonight” to the haunting ballad “Shadowland.”

The Damien Center leads the fight to prevent the spread of HIV and empowers persons in Central Indiana affected by HIV/AIDS to move forward each day with dignity. The Center offers vital supportive, preventive, and medical services to those infected and affected by HIV/AIDS so they may live abundant and productive lives. We believe passionately in the dignity and worth of every person who seeks our services. We strive to be a safe and welcoming place so that no barriers separate people from the services they need to prolong and enhance their lives.