"The Damien Center saved my life." 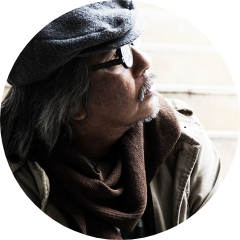 The Damien Center came to know Dale* through Adrianna*, a Housing Case Manager. Adrianna was serving on an outreach team, providing meals and supplies to people experiencing homelessness and living outside. This was Adrianna’s first time visiting where Dale was living. As the outreach team leader introduced Adrianna, Dale bounced up from the curb, exclaiming, “I need The Damien Center!” The partnership between the two was instantly forged.

As Adrianna learned more about Dale, she came to learn that he needed the care and compassion The Damien Center could offer. Dale had been living outside for more than 4 years, had mental health and substance use barriers, and was HIV positive. He also admitted to being off his medication for several years, and he knew his physical health was getting worse and worse. When Adrianna asked why Dale no longer received care from the hospital he formerly received care from, he replied, “Because they always just send you to Damien for everything anyway, so I might as well just go to Damien!”

But committing to bettering your health while homeless is not an easy undertaking. Without reliable access to clean water, refrigeration, and exposure to the elements, it was hard for Dale to focus on his physical health and find housing on his own. Dale knew he needed a network of support in order to succeed.

Adrianna was overjoyed to connect him with care at The Damien Center. She gave Dale bus passes and committed to work with him to get him into housing, as well as to connect him with other Damien Center staff to reengage him in medical care. The following day, Dale showed up to The Damien Center. He met with a Linkage to Care Specialist to do an intake to best engage him into care. Dale then scheduled with a Care Coordinator to get connected with vital resources and received a medical intake from a Medical Case Manager to identify his health needs. Finally, he was able to get his housing application started—all in a single day thanks to the one-stop-shop model of The Damien Center.

After Dale’s initial visit, his care coordinator, medical case manager, and Adrianna formed a nimble, unified team. The Damien Center was committed to empowering Dale to reach his goals of becoming stably housed and improving his health. This team worked intensively with Dale, assisting him with regulating various medications, persisting through the challenges of staying on medications while living outdoors, and moving him into housing.

Through his determination and the support of The Damien Center, Dale is now living in an apartment of his own. He continues to work on his health goals at The Damien Center through his care coordinator, medical case manager, and Damien Cares, the onsite medical clinic. He is bravely walking the healing journey with a foundation of support from The Damien Center. Dale would affirm, “Because I now have a home, a refrigerator, a bathroom, and a well-connected care team, The Damien Center saved my life.”